Deer antler velvet has been there all these while getting attention from only some groups of people. The majority knew practically little to nothing about its supposed benefits. That was to change, to an extent, few years ago when report surfaced that a National Football League star headed to a Super Bowl event had used it. Interest in the substance rose significantly as a result and more people began to search for more information on its usefulness. We discuss all you need to know about it here. What is deer antler velvet?

Essentially, antlers are removed from males of the deer family before they harden. Harvesting of the velvet then follows. The process supposedly do not bring any harm whatsoever to the animals. Trained veterinarians ideally carry out local anesthesia before the process begins to reduce pain and discomfort.

Scientists are fascinated by the ability of members of the deer family to shed and regrow their antlers. Male members of this family grow new antlers within few months. They shed these when the yearly mating season is over. This ability appears to be unique to this group among all mammals.

The resulting wounds from shedding of antlers heal very fast. It is said that no scar is formed from this. This phenomenon prompted researchers to look into what could be responsible. What they found is that there are certain substances in the deer antlers. These are useful to humans as well.

Perhaps, most notable among the compounds in antler velvet is IGF-1. Individuals who are into or knowledgeable about bodybuilding will be familiar with this substance. This is a hormone that mediates the actions of the widely talked about human growth hormone (HGH). Previously known as somatomedin C, IGF-1 possesses similar molecular structure as insulin – hence, the choice of name. HGH induces its secretion by the liver, thus delivering benefits often associated to the other hormone.

You can also get these compounds that are crucial to cartilage health in deer antler velvet. Glucosamine is a naturally occurring substance in the body. It is useful for the production of glycosaminoglycans (GAGs).

Chondroitin sulphate is one of the most popular GAGs. These mucopolysaccharides can be found in connective tissues. They are present in cartilage and bone.

Among the constituents of deer antler velvet are prostaglandins. These are physiologically active lipid compounds. They produce effects similar to those of hormones in the body. These compounds play a role in inflammation, flow of blood, and healing, among other functions.

Other substances that can be found in deer antler velvet include:

Researchers have also observed that there is an abundant supply of stem cells at the base of deer antlers. These can develop into almost all kinds of cells, including skin cells. Scientists are investigating the particular mechanism that causes these cells to become antlers. It is hoped this knowledge may help in promoting limb and organ regrowth in humans.

What does it do?

While many people are just learning about deer antler velvet, the Chinese have been using it for thousands of years. They use it for a variety of traditional medicinal preparations. It is said that the people consider its recuperative potency second only to ginseng. Researchers have also looked into some of the benefits that are linked to it.

The ability of deer antler velvet to promote faster recovery and enhance performance is not unconnected to IGF-1. Performance enhancement is a major reason the hormone, along with HGH, whose actions it mediates, are banned in virtually all sports. IGF-1 is known to promote repair of body tissues by providing protein cells need to grow. This, of course, helps wounds and injuries to heal faster.

The case of NFL player Ray Lewis, who reportedly used it and made deer antler velvet more popular, had to do with the ability to promote quicker healing. The Baltimore Ravens linebacker was said to have used a spray containing the substance to heal a tear in his triceps. He denied it.

Professional golf player Vijay Singh is another sport figure said to use deer antler velvet to promote recovery from injury.

It is well known that bodybuilders and athletes often take IGF-1 and deer antler velvet supplements such as HGF Max as performance enhancer. In the 80s, scientists from the USSR reportedly improved strength, muscle mass, and recovery time in athletes with the use of deer antler velvet.

We already mentioned that bodybuilders use IGF-1. They do that not only to enhance strength and recovery, but also to build lean muscle mass. This hormone differs from some other anabolic substances in terms of its effects. It contributes to both hypertrophy and hyperplasia.

Hypertrophy refers to an improvement in muscle mass as a result of increase in the size of cells. Hyperplasia, on the other hand, describes enlargement of muscle tissue due to cells that are multiplying at a fast rate. This seems to indicate that deer antler velvet offers a faster way of bulking up.

Glucosamine, chondroitin sulphate and collagen found in deer antler velvet may be helpful to people with osteoarthritis. There is research backing this potential as well. Chondroitin sulphate acts as an anti-inflammatory. When you combine it with glucosamine, you have something that can guard against cartilage and bone depletion. This makes them beneficial to people having problems with their joints.

Research done in Czechoslovakia revealed improvement in joint mobility and reduction of pain sensation. Some researchers are also looking into possible usefulness of deer antler velvet for treatment of rheumatoid arthritis.

People in China are known to use deer antler velvet to promote sexual health. It is considered a powerful aphrodisiac and fertility enhancer. The claim is that it promotes harder, firmer erections. It also fires up sexual desire.

It is said that deer antler velvet stimulates production of testosterone, working in similar manner as androstenedione. The substance also induces release of gonadotropin by the hypothalamus. These actions make it particularly beneficial to males.

Deer antler velvet may be beneficial if you have been trying to shed body weight. This benefit is again due to the presence of IGF-1. It adjusts your metabolism such that your body uses fat for energy. This leads to weight loss and improves lean muscle mass, making you look fitter.

A belief is that deer antler velvet can help to give your immune system a boost. Research emerging from Asia indicates that it improves the activity of macrophages. These are large phagocytic cells usually seen at sites of infections. They engulf harmful substances in the body and render them impotent.

There is talk about how deer antler velvet can keep your cardiovascular system in great shape. It regulates blood flow and helps to keep blood pressure down. Studies done in Japan and Russia showed it reduced blood pressure in slightly over 80 percent of subjects.

IGF-1 is believed to assist in the regulation of heart function. It promotes healthy cardiac function and may be helpful to people with heart issues. Individuals having weak and inefficient hearts showed improved cardiac function in a double blind trial from IGF-1. There was considerable improvement in the strength of the organ.

Among the other benefits that have been linked to deer antler velvet are:

Deer antler velvet may also help in keeping issues that come with age at bay. This is due to the presence of IGF-1.

How do you use deer antler velvet?

You can get this substance in powder form. This you can get from stores dealing in health products. Deer antler velvet also comes in pill and spray forms.

There is no recommended value guidance – that is, RDA – on the dose to use daily. This is because it is not an essential nutrient. But the amount to take will depend on what benefits you hope to get.

The common dosage is between 250 and 700 milligrams. You can also seek guidance from someone with knowledge of the substance, such as a health professional. Note that you may need some time for the substance to build up before seeing the benefits.

Not much is known on the side effects of deer antler velvet. This is partly due to lack of long-term research. Also, it is most likely very safe since it comes from a natural source.

However, it is feared that this substance may give rise to a neurological disorder similar to mad cow disease. Research funded by the National Institute of Neurological Disorders and Stroke (NINDS) and the Department of Agriculture in the U.S. indicated that the disease is a possible outcome. But there appears to be no report of it in humans yet.

Is deer antler velvet the miracle you desire?

Granted that this looks like something that can help you achieve your health and fitness goals, it is not really a magical solution. There is controversy on its efficacy, as with several other substances. So while it may help, don’t raise your expectations too high.

You will do well not to overlook the classic advice on the need to exercise regularly and keep a healthy diet. Supplements such as vitamin D, fish oil and probiotics will also help. 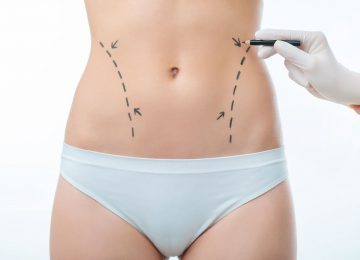 Posted by Adele - November 4, 2017 0
How to Go About Finding the Best Plastic Surgeon? You may have come to that point where you think plastic…