Osteoporosis is a rather common disease. It is one of those conditions you may not really suspect until it causes another problem. The condition is more common among the elderly and is a major cause of injuries among such. It affects millions of people in the United States. What causes it and what are the symptoms? Also, what options do you have for dealing with it? We have the answers to these here. Just read on.

Osteoporosis is a disease that is characterized by gradual weakening of bones in the body. This increases the risk of bones breaking. The disorder may be the result of bone loss that is greater than normal. It could also be caused by lower than normal bone mass.

The term “osteoporosis” is often credited to Jean Lobstein, a French pathologist. It comes from the combination of the Greek words “ostoun” and “poros”. This could be translated into “porous bones.” It points to the appearance of osteoporotic bones. When magnified, they tend to have larger than normal holes and spaces.

Osteoporosis is more commonly noticed among older individuals. This is mainly because it usually takes many years to manifest. According to the International Osteoporosis Foundation, roughly 200 million people have osteoporosis. This disease affects more women than men. Some researchers showed that around eight million women had it in the U.S. as of 2010, while between one and two million men had it.

The disease has serious cost implications. It places significant burden on economies around the world. It is costly in terms of treatment costs, long-term disability and productivity losses. Estimates show that about $19 billion is spent yearly on health costs related to osteoporosis in the U.S. These are projected to rise to more than $25 billion per year by 2025.

Osteoporosis is sometimes described as a “silent disease.” You may have no idea that your bones are getting weaker until you suffer a fracture. This is usually the first symptom to show its presence. Some argue that increased risk of fractures is not even a symptom, but a major consequence.

Fractures are quite common among the elderly. These are attributed, for the most part, to osteoporosis. The greater incidence among older individuals is also explained by increased risk of falls. The most common fractures resulting from this condition include those of the wrist, hip, shoulder and spinal bones. Patients can suspect this problem when they experience severe pain in these areas.

In osteoporosis, bones can become so weak that you do not need to fall to suffer a fracture. Minor stress, such as from sneezing or coughing, may be all that is needed for you to have a fracture. This reduces mobility and your ability to perform normal daily activities.

Reduction in height is another thing that could suggest you have osteoporosis. Progressive weakening of bones can cause your vertebrae to collapse, making the curve of your spine to increase. This takes some inches off your normal height. It also exposes you to fractures that can make you have stooped or hunched posture.

The main cause of osteoporosis is the loss of bone density and strength. This is part of the normal aging process. But the loss that is experienced differs between individuals. Some lose bone density and mass at a significantly faster rate, compared to other. This increases their risk of having the disorder.

An imbalance between bone formation and resorption creates a condition that favors onset of osteoporosis. This refers to an inefficient interplay between osteoclasts and osteoblasts. Under normal conditions, bone mass (up to 10 percent) may be undergoing matrix modeling at any given time. But this is not so with this disease.

Osteoblasts are cells that generates the matrix needed for bone formation. Osteoclasts perform opposite function: they degrade or break down bone tissue. While these latter bone cells might sound unfriendly, they are actually crucial for bone maintenance, growth and healing.

But osteoclasts may degrade bone matrix at a faster rate than that at which osteoblasts rebuild the matrix. This results in the reduction of bone density that leads to osteoporosis.

Women tend to have this condition more. Their bones typically weaken very rapidly in the years following menopause. The risk of osteoporosis rises all the more when menopause occurs before reaching 45 years. Resulting decline in estrogen levels causes bone resorption to intensify.

In addition to gender, there are numerous factors that may make you susceptible to osteoporosis. Among these are medical conditions, including those that causes inflammation. They may cause you to lose bone density and strength. Examples of these disorders include:

That’s a long list, you might say; it’s, in fact, longer than this. In addition to these conditions, drugs that patients take may also be what causes osteoarthritis to develop. Among the ones known to play a role are:

How is Osteoporosis Diagnosed?

X-ray offers a means of detecting osteoporosis, even when you may yet not have a fracture. Conventional radiography can be used to measure bone mineral density (BMD). This may be combined with a CT or an MRI scan for better assessment.

The most trusted tool for diagnosis is probably the dual-energy X-ray absorptiometry (DEXA). Your result from a DEXA scan is compared to that of a healthy young adult and an average individual of the same age and gender as you. This is expressed as a T-score, standard deviations from the bone density of the reference young adult population.

According to World Health Organization (WHO) guidelines, T-score of greater than or equal to -1.0 is normal. One that falls in the range -1.0 to -2.5 indicates you have a condition known as osteopenia, or pre-osteoporosis. This is characterized by lower bone density relative to peak bone mass. A T-score lower than -2.5 is suggestive of osteoporosis.

Assessment of BMD may be the first step. There will likely be need to have blood tests as well. These are useful in knowing if there are underlying medical conditions that are responsible for weakening bones.

Web-based tools, such as FRAX or QFracture, may also be used when you approach your doctor for diagnosis. These assess your 10-year probability of fracture risk. They are tailored to work for individuals whose ages fall in the range 40-90 years. The algorithms need information such as age, bone density, weight, smoking, alcohol intake and sex to forecast how likely you are to suffer fractures.

You can control this disease only by taking steps to increase bone mineral density and mass. Your diet can play an important role in this regard. Pay special attention to foods and bone support supplements containing vitamin D and calcium. These nutrients are crucial to bone health. You may also take supplements that offer both. Also, vitamin K will be useful in guarding against occurrence of fracture, especially in post menopausal women.

Regular exercise can also play an important role in guarding against osteoporosis. Research has shown that it reduces the rate of bone loss. It also lowers the risks of fractures. Endurance training, aerobics and muscle strengthening exercises can all be beneficial.

Your doctor may decide to recommend certain drugs for managing the condition. Examples include biphosphonates, which help to reduce the risk of fracture. These are especially beneficial to those who have suffered fractures in the past.

Evidence exists that the synthetic parathyroid hormone teriparatide can be helpful to post menopausal women with osteoporosis. Most studies have focused on the benefits of these drugs for women. This is probably because they are at a greater risk of having the disease. Some of the drugs cannot even be used by men.

Speak to your doctor for guidance, especially if you are interested in medications. Some of the available ones may not impress you enough or may be outright unsafe for you. Diet and exercise are safer options. Bone support Supplements, Hormonal therapy and lifestyle changes can also help to improve osteoporosis.

Posted by Adele - September 22, 2017 0
Vitamin D offers numerous benefits to the body. You will be making yourself vulnerable to health problems if you do… 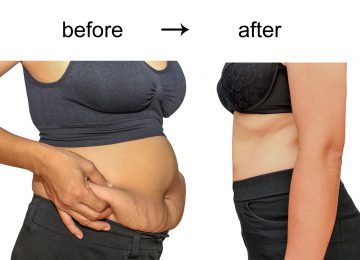